Off My NotesWhere Is Your Street?

Where Is Your Street?
By Kevin Miller

I had a friend who used to prayer walk on a certain street in downtown El Cajon. He felt that God had given him this street with all the businesses and people on it to love through intercessory prayer. He was the prayer warrior of Main Street.

I got a call from him one day that folks were meeting on the steps of a Main Street church to pray for a business owner, who had confessed that her business was in danger of closing due to hard economic times. My friend was asking if I would join them.

As I drove up, I was taken aback by the crowd of people on the church steps, complete with television cameras. It turns out that someone had given the heads up to two local TV stations who thought it newsworthy that struggling business owners were reaching out to God.

That day was amazing. After praying for this desperate business owner, she pleaded with us to go out to her friends who were having as hard a time financially as she was. This launched a prayer team up and down Main Street for blocks, resulting in hours of prayer for grateful business owners. None of them turned down the offer of bringing their needs before Jesus.

That night two primetime news stations carried a story of businesses seeking prayer in their time of need. I don’t know how many prayer warriors were activated to pray or how many business owners fell to their knees after watching the newscast. I do know that one of the business owners we prayed for told me that they had the best month in their store’s history.

After my friend moved away, I picked up his prayer route. The result was continuing, powerful divine encounters, Holy Spirit “coincidences,” and literal, life-changing experiences. During one prayer walk, a heartbroken woman who had just lost her mother was praying that she would be able to connect with me. Then, unplanned and unexpectedly, I walked into her store. I hadn’t seen her in thirteen years. The peace of the Holy Spirit showed up as we talked and prayed together.

These things didn’t happen because my friend was so amazing or because I was such a great guy – when we make ourselves available and ready to do the work of God, I believe He takes us up on that offer. I believe that God has a “Main Street” for each of us. The question is, are you willing to use your time and talents in the arena that God calls you to? Are you hungry to get in on the adventure?

If you are, then maybe it’s worth asking: Where is your street? 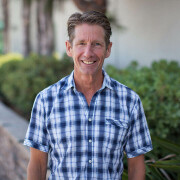