When Friends Turn Back

Off My NotesWhen Friends Turn Back

When Friends Turn Back

I caught my first wave on a surfboard when I was 12 years old, and instantly, I was hooked. Surfing quickly surpassed all my other interests. I dreamed about surfing when I slept, and when I woke up I thought about it. I covered my bedroom walls with surfing pictures. One of my favorite pictures was of a lone surfer paddling out among perfect waves at a surf spot on the 15,000 acre Hollister Ranch, 20 miles north of Santa Barbara. I fell asleep countless nights gazing at and dreaming of that wave, and of someday surfing it myself.

Finally, after high school graduation, my opportunity came. I carefully planned a trip to the Hollister Ranch with 2 friends. This area was known for having a number of high quality surf breaks. However, since it was a private ranch, the surf spots could only reached by boat – except for one loophole. In California the coastline is public property up to the mean (or average) high tide line. So basically, as long as you are walking on wet sand, you are on public property.

We camped at Gaviota Beach, just south of the Hollister Ranch property line. We got up before light when the tide was low and began the several hour walk up the beach to the long-dreamed-of surf spot. The sunrise revealed a perfect morning. We could see that a good sized swell was coming in. We were pumped!

Now, there is one thing I need to tell you. The Ranch employed guards who patrolled the property. They were all surfers, who by virtue of their jobs, had access to the Ranch and its waves. They were infamous for being willing to do almost anything to keep other people away from “their waves.”

After about 2 hours of walking, we were nearing the surf break. Then, it happened.

We spotted one of the dreaded red jeeps driven by the guards, coming down the long beach toward us. My friends became visibly nervous. The jeep pulled up next to us, and one of the guards told us we were trespassing.  I stood my ground and told him we were staying on public property below the mean high tide line. He began to curse and threaten to beat me up. But no matter their threats I stood my ground. I was convinced they would never do anything that would jeopardize their dream job. Finally, one of them said, “Why don’t you just turn around and join your friends?”

I turned around and was shocked to see that my friends had turned back and were already 50 yards down the beach. I had thought they were standing right behind me. I hesitated for a moment. Should I continue on by myself and then face the long walk out alone? After few seconds, I turned around and followed them. I didn’t realize at that moment that I would never fulfill my dream. I had missed the prize. You see, even though, in the many years following, I surfed all over the California and Mexican coasts, as well as other distant shores, I never returned to the Ranch. I had followed my friends and missed out on that childhood dream.

Years later, I sat in a church with my roommate Tom, who was one of my best friends. We both accepted Christ that night. But after a month or two, I saw that Tom had turned around and headed back. He was no longer walking with me on Christ’s path (in fact, none of my other friends would either). But this time I continued on alone, despite the threats and bullying of Satan (who was far worse than any Ranch guard). I had learned that no matter how important friends may seem, you can never allow them to cause you to turn back.

Other people exert a powerful influence on us. They help shape our choices and lives, for better or worse. Friends, co-workers, educators, industry pressure, and the wider culture can all have a powerful negative pull of us. Their wrong ideas can confuse and then capture us. Their approval lures and seduces us. Their failures and sins discourage us, and their rewards entice and corrupt.

But we can always ignore their influence and go forward.

Many years after that trip to the Hollister ranch, I was able to lead one of those two companions to Christ. He and his family have served the Lord ever since. Over the years, I lost track of the other companion, as well as Tom, who I mentioned earlier.

There will always be friends and influences that will try to get you to turn back from pursuing the prize that comes with full obedience to Christ, but do not miss out on your prize. Never be afraid to go on alone. 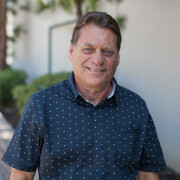